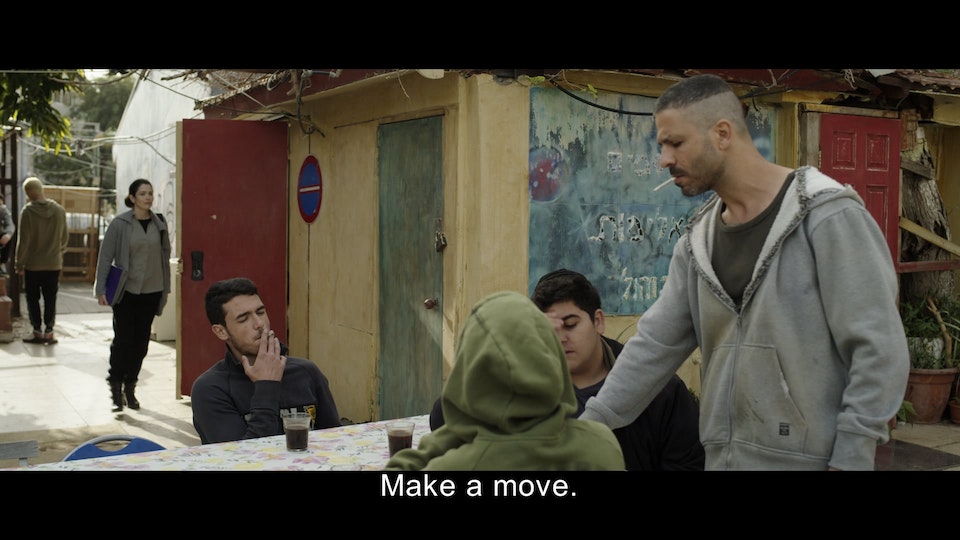 Children Of Nobody | Feature Film 104 mins

Logline: Jackie Ronen lives in a container, on a yard of a shelter house for high-risk boys on the outskirts of Tel Aviv. He is Margalit's right-hand man - the founder and director of the place, which for nearly forty years received under its roof boys from evicted homes and gave them a warm and loving shelter. Jackie, who himself grew up there as a teenager and never left, discovers one day that the shelter is in danger of closing. He finds himself at a dead end and goes into a battle of his life. He fights for the house in every way possible and is forced to do an extreme act in order to save the house, the last refuge from street life.